A non euclidean puzzle game set in a city's underground metro complex, where the player must navigate impossible spaces and defy gravity to navigate.
Made for BAFTA YGD 2020.

Absolutely loved it!
got a bit dizzy at some points, but overall a nice game!

As much as I love it the sensitivity is a little weird, maybe its cuz im not used to the whole X and Y thing the game is absolutly one of the most calming games ive played on here, thanks for the experience.

this game is just. incredible, the fact that you were able to make puzzles and defying gravity in order to mess with the player is absolutely stunning. the music makes up for the stress and focus needed for the player to complete the puzzle. i bet this took a while to make because you have to make sure everything plays out smoothly.
incredible game!

How to claim this?

First, I’d like to say this game has potential and from the music, to the graphics, to the idea, I really enjoyed it. I played it for an hour, and it was very immersive. I love the peaceful music and the pianos scattered around the map. The train that goes between stations is a very cool concept, and I love how it ties into the name. I have a decent computer and it ran fine on it, no problems really in that department. There were some stairwells where I had to back away and try to go up again, as it put a barrier in, just a small glitch/setback. I’d consider myself an avid gamer and enjoy storylines as well as solving puzzles, so that aspect of the game is really nice. As a suggestion, I wish there were small hints or tips somewhere along the line. My biggest problem with how it’s set up, is that it made me motion sick. It’s not the developers’ fault, as I should’ve stopped playing, but I really wanted to get through it and thoroughly test this masterpiece to the fullest extent. Unfortunately, I just couldn’t stomach it. Once again, I knew what I was getting into, so that’s my fault. However, moving forward I’d suggest doing some further research into minimizing that for other gamers. But, besides that, the game is awesome, and I'm excited to see what the future holds for it.

I like the game, the idea is good and i don't have intention of make a bad critic.

But i find two problems... I hope to express myself correctly, English is not my native language.

Every time start a new level, the sensybility is reset, and the X and Y axes are switched (I think X should be the horizontal) .

The other problem is the velocity of the camera is instantaneous, maybe an acceletarion curve is smooth.

I absolutely love this game you've made. It's also very relaxing to play because of the music and the textures of the game. But can I request a version of this game that will run on low-end PCs? But don't worry, because I still love your game even though I only played the first scene. I'll rate this game 5 stars for your creativity in this game as well as the relaxing music.

Really Cool Project, sad to see many glitches and out of bound
i did manage to clear all 3 path and clutch the ending the third time 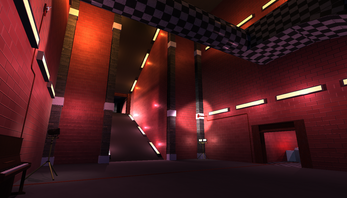